Contrary to the face she presented to her public, Marilyn’s mood mirrored the cold and wintry streets of Manhattan. Let’s Make Love and The Misfits did not receive the type of generally favorable reviews she had come to expect; and many of the films’ critical reviews maligned her physical appearance. Her marriage to Arthur Miller awaited final dissolution while her negotiations with NBC television to portray Sadie Thompson in a dramatization of Somerset Maugham’s Rain finally ended unsuccessfully. In short, Marilyn was saddened and depressed, in a somber mood that concerned Dr. Marianne Kris, her therapist at the time.

Motivated by her concern, Dr. Kris suggested that Marilyn should consider entering the hospital for rest and recuperation. Marilyn agreed to do just that. So on Sunday, the 5th of February, Dr. Kris drove Marilyn to New York Hospital where, under the assumed name of Faye Miller, she admitted herself for what she thought was going to be a comfortable and peaceful respite; but that would not be the case. Instead of a normal hospital room, orderlies escorted Marilyn to the Payne Whitney Clinic, the psychiatric section of New York Hospital, where she was locked in a padded room and treated like she was crazy. Eventually, Joe DiMaggio secured her release, essentially rescued her. Then with DiMaggio’s assistance, and guidance from Dr. Kris, Marilyn checked into the Neurological Institute of Columbia-Presbyterian Medical Center, where she rested and recuperated for twenty-three days.

At the time in 1962 when Marilyn was allegedly going to reveal all of the Kennedy’s secrets, she was engaged in negotiations with 20th Century-Fox for a new contract after her termination for appearing at the Democrat Fund Raiser and John Kennedy’s May birthday gala. How would Fox have reacted to a lurid and vicious press conference during which she accused the president and the attorney general of not only committing adultery with her but all manner of additional nefarious activities involving mobsters? Would the studio have welcomed her back with hugs and kisses after she attempted to ruin John and Robert Kennedy? It is doubtful; and in short order, she would have been labeled an insane refugee from an insane asylum and all of the resultant newspaper and magazine articles would have pointed to her stay in the Payne Whitney Clinic. Poor Marilyn. Her two year association with Dr. Greenson, along with her mother’s mental illness, would have been duly noted; and her career would have been duly ruined along with her personal life. Poor Marilyn. She certainly recognized the reality of her situation, despite Robert Slatzer’s declaration that she believed an expositional press conference would somehow help her film career, undoubtedly a ridiculous assertion.

It is both unreasonable and illogical to think that she would have engaged in such a professionally ruinous event, not to even mention personally ruinous. She was the biggest movie star and the most famous woman on Earth; she had an authentic career to protect and maintain. Her fame, her career was not based on a sexual encounter with a president, like Monica Lewinsky, or a little blue dress bearing evidence thereof; and unlike Kim Kardashian, Marilyn’s fame and career was not based on her father’s name and his association with a murder trial or a law suit over a sex tape and an out of court five million dollar settlement. Marilyn did not live during a era of rampant voyeurism, during an era when fame could be based on virtually nothing, fame based on fame for simply being famous. Besides, Marilyn invariably spoke highly of John Kennedy and his brother. Simply put, it is more than doubtful that she would ever have participated in such a scandalous press conference, one motivated by a need for revenge because the middle Kennedy Brothers had rejected her or treated her poorly. 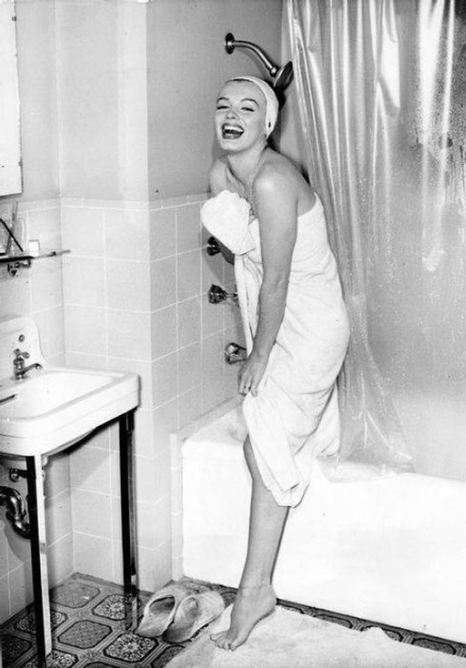 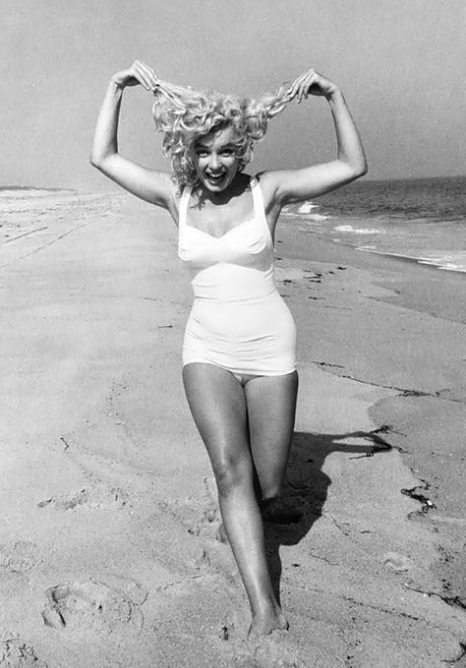