John Kennedy’s sexual obsession was kept a secret, an assertion which has often been offered as an excuse for the silence of the Fourth Estate on the matter of his philandering. John Kennedy was a sexual gunslinger. Apparently for him, women represented conquest, potential notches waiting to be carved onto the holster of his six-shooter. Every woman to whom he was introduced or otherwise encountered became a potential target, a potential notch, wives and mothers of friends, their daughters, women on the street, White House interns along with secretaries and stenographers, even East German Communist spies, the mistresses of mobsters and certainly prostitutes; but like his father before him, Hollywood beauties and movie stars were his favored targets and potential notches.

The quantity of his sexual conquests meant more to John Kennedy than their quality. In his expose regarding the president’s treatment of women and his sexual obsession, John Kennedy biographer, Michael O’Brien, reported this presidential admission: I’m not interested in carrying on, for the most part, John Kennedy reportedly com-mented then explained: I like the conquest. That’s the challenge. I like the contest between male and female, that’s what I like. It’s the chase I like, not the kill!1O’Brien, Michael. John F. Kennedy’s Women: The Story of a Sexual Obsession. Santa Monica: Now and Then Reader, LLC. Kindle Edition, 2011. The Kindle Version I have is a condensed version of O’Brien’s full length biography, John F. Kennedy: A Biography, published in 2005 by Thomas Dunne Books, New York, New York.

John Kennedy’s sexual escapades were well known to most if not all of the Secret Service, certainly those assigned to the president’s security contingent, and a majority of the journalists in the Fourth Estate who cover-ed his political life and career; but those journalists never reported John Kennedy’s sexual shenanigans to the American public, who knew nothing of Jack’s philandering, O’Brien alleged. The media presented John Kennedy as a faithful and adoring husband, essentially a stratagem of masquerade that began during his tenure in the House of Representatives and matured during his tenure in the Senate; but once Senator Kennedy sited the presidency, he realized and understood that he had to maintain the masquerade, had to be seen by the public as an upstanding presidential candidate and then a president of impeccable character. Certainly, reporters and journalists during that era prevented John Kennedy’s sexual exploits from appearing in the nation’s premier newspapers and magazines; but the whispering, the gossip and the rumors could not be stopped.

According to Anthony Sherman, a member of John Kennedy’s Secret Service detail: Many people came into the White House. We did not know who they were. He had a tendency to surround himself with ladies sometimes that were a little worrisome. Sherman recounted an episode that occurred in Honolulu, Hawaii, where arrangements had been made for the president to stay in a detached bungalow. After John Kennedy arrived and entered his residence, within ten minutes, a staff member followed in another car, from which two beautiful women appeared, expensive prostitutes, who were immediately escorted into the presidential residence. According to Sherman:

This was sort of the usual routine at many stops. A colonel of the Marines turned to me and asked: “Who are they?” And I turned to him and I said: “Well, they’re secretaries and I assume there’s some work the president wants done this evening.” We protected the president many different ways; but the Honolulu episode made me angry. It did make me angry: we’re talking about the President of the United States. And I’m not a holier than thou guy but he just shouldn’t be doing this in public like this. There was no regard for who was there. The Marine colonel that was there: he knew it, you know, what was going on. Other people were there. The Navy people were in the house, cooks in the house; but you know, he’s the president. He’s the boss. You don’t have to like it but what are you going to do about it? Nothing. […] And this continued constantly. It was just not once every six months, not every New Year’s Eve, but it was a regular thing.

Another Secret Service agent, Lawrence Newman, described an episode that occurred in Seattle, when a senior member of law enforcement from King County, Washington, arrived by elevator to the presidential floor, escorting two well-dressed women, who were also obviously expensive prostitutes. After their delivery into the president’s suite by a member of his staff, one of the Seattle police officers, a lieutenant, asked Newman: Does this go on all the time? Since he did not actually know how to answer the police officer’s question, Newman said he responded: We travel during the day: this only happens at night. […] We didn’t know if these women were carrying listening devices, if they had syringes, if they carried some type of poison, or if they had Pentax cameras to photograph the president for blackmail.

Agents William McIntyre and Joseph Paolella both expressed the concerns shared by them and their colleagues regarding John Kennedy’s perplexing behavior. McIntyre believed that the women delivered to the president were usually of questionable character; and Paolella stated: Most of the other Secret Service Agents and myself were worried about the fact that the Russians or the Communists or people like that could bring in a ringer, so to speak. They believed that John Kennedy constantly placed himself in danger; but his disregard for the presence of others, who obviously knew what was happening, confounded them the most.2Dangerous World: The Kennedy Years. ABC Television News. Edward Gray, Producer; Mark Obenhaus, Executive Producer; Richard Robbins, Associate Producer. The quotations are from the statements offered by the agents who appeared in that video.<https://www.youtube.com/watch?v=z6zbQyd9e9Q&t=569s>Considering the comments of his Secret Service agents and the accounts that have appeared in several of the president’s biographies, his inveterate womanizing would fall into the category of common knowledge. And too, John Kennedy even commented to British Prime Minister, Harold Macmillan: If I don’t have a woman every three days or so, I get a terrible headache. First Lady Jacqueline Kennedy was apparently precluded from his consideration as an aspirin: on a three day interval, President Kennedy simply needed a woman, any woman.3“All the president’s Women.” Sara Stewart. New York Post. 10 Nov 2013.

While he planned to curtail his sexual exploits after his election to the White House, John Kennedy failed to implement his plan; and the list of Hollywood sex objects with whom he was sexually involved during his one-thousand days in the White House is more than impressive. Accordingly, a few biographers have alleged, that as the president, John Kennedy engaged in sexual relationships with Lana Turner, Kim Novak, Marlene Dietrich and Pepper Anderson, the blonde Police Woman, beautiful Angie Dickinson. Angie accepted a publisher’s advance for her autobiography, the police woman’s self-examination which included her dalliance with John Kennedy. After reconsidering what she had written, Angie decided to omit the details of the affair; and as a result thereof, the publisher lost interest. Angie refunded the publisher’s advance and dutifully withdrew the manuscript (Spoto 488).

His penchant for female movie stars and his pursuit of them was simply the continuation of a behavior, the imitation of an example set by his father, Joseph Kennedy Sr., who pursued and had an affair with Gloria Swanson and other silent screen stars during The Roaring Twenties. The patriarch of the Kennedy family was himself an inveterate philanderer. According to O’Brien, the senior Kennedy even tried to seduce his sons’ girl-friends; and if his daughters invited their friends to view a movie in the family theater, Joe often used the opportunity to gift each with a pinch or two, randy behavior which must have confused the girls, not to even mention Joe Kennedy’s daughters.

According to the women who actually testified to their sexual liaisons with the sitting president, John Kennedy was not a great or a caring lover, nor was he interested in being considered one. According to Kenneth Tynan, whose assertions were reported by ABC News, Marlene Dietrich reported to the theater critic that her encounter with John Kennedy in the White House lasted about twenty minutes. It was all over sweetly and very soon and then he went to sleep. Marlene shook the president to awaken him because I didn’t know my way around the place, and I couldn’t just call for a cab.4“JFK, Marlene Dietrich Trysted in 1962.”
<http://abcnews.go.com/Entertainment/story?id=116348&page=1>

Several of his paramours spoke in an unflattering manner about him during the decades following his tragic murder. He had no time for nor interest in foreplay, they reported; he was quick to the finish line, as if love mak-ing and racing shared the same goal; and he had no time for nor interest in being intimate afterwards; he did not engage in pillow talk. All of them stated that John Kennedy cared little if at all about his partner’s pleasure: he expected women to satisfy and service him. However, despite his shortcomings as a lover, not one of his para-mours revealed, prior to his death, their assignations with him.

Michael O’Brien correctly noted that Marilyn represented a desirable and unique challenge for President Kennedy, a conquest that he ultimately realized; and O’Brien briefly mentioned the many sensationalized stories of mysterious FBI files and audio recordings, photographs and curiously sealed depositions, all of which allegedly proved that the alleged lover’s became entangled in a dangerous, lengthy romance and love affair. However, O’Brien correctly asserted, the writers of those sensational tales never offer documentation or proof for indepen-dent analysis, before adding: No responsible biographer maintains that Monroe and Kennedy were partners in a love affair. Evidence which proves a lengthy love affair between Marilyn and John Kennedy does not exist. In fact, the evidence that does exist proves that the relationship shared by Marilyn and the President of the United States was fugacious and their sexual encounter limited to one quick and overt desert episode. 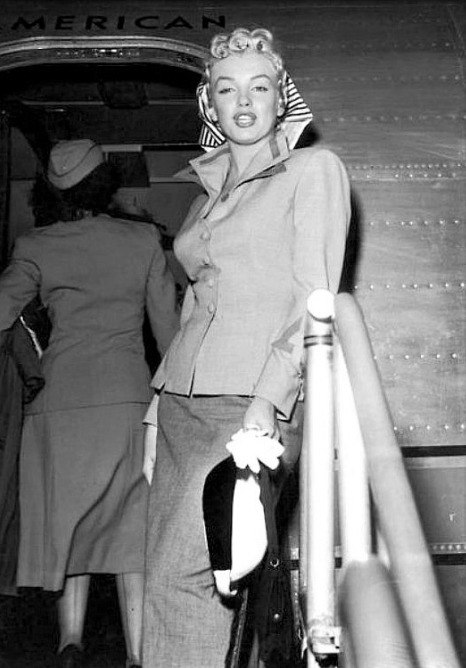 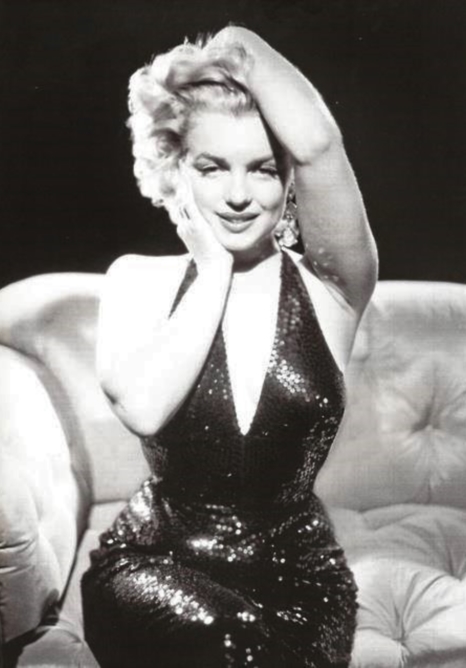