Hyman Engelberg was also born in New York City not long after the twentieth century began; he arrived on Planet Earth on the 7th of October in 1913. It appears, not long after his birth and while he was still in diapers apparently, Engelberg studied medicine and earned a medical degree from Cornell University. After he relocated to California, he became a resident at Cedars of Lebanon Hospital in Los Angeles. There he met and befriended Dr. Ralph Greenson. An acutely affable and well-liked physician, his patients and friends alike referred to him by his nickname, Hy.

Hy became Marilyn’s personal physician based on Greenson’s recommendation. Apparently Romi informed Marilyn that she and Hy were destined to enjoy a good doctor and patient rela­tionship since they both suffered from narcissism. However, like Marilyn’s, Dr. Engelberg’s narcissism was not unfounded, based on a certain brainy reality. According to Dr. Engelberg’s associates and friends, the internist was the Doogie Howser of his genera-tion, nothing less than a teenage genius who was also a hospital resident.1“Dr. Hyman Engelberg, 92; Marilyn Monroe’s Personal Physician” by Myrna Oliver. Los Angeles Times. 21 Dec 2005.
<http://articles.latimes.com/2005/dec/21/local/me-engelberg21>

He quickly obtained his medical degree from Cornell and then was crowned a doctor in 1935 at the unusual and remarkably young age of twenty-two; and like Dr. Greenson, Hy Engelberg became a respected physician, extremely active in his profession along with being a noted researcher and writer. In 1960, Dr. Engelberg was elected to the California Arteriosclerosis Research Foundation. In 1965, he and his assistants published the re-sults of a study they had conducted which concluded and explained why heavy smokers are more prone to heart attacks than nonsmokers and why people who stop smoking reduce their risk of heart attacks to that of nonsmokers.2“Hyman Engelberg.” The Washington Post. 22 Dec 2005.
<https://www.washingtonpost.com/archive/local/2005/12/22/hyman-engelberg/6f6cfe27-116c-4c5a-9961-86abca8bba3f/>A prescient study, it appeared in the Journal of the American Medical Association. In 1969, he received the Angiology Research Foundation’s Achievement Award; and twenty-one years later, in 1990, he published the results of a controversial study that was featured in the British Medical Journal: Dr. Engelberg hypothesized that people on low-fat diets were prone to commit violence because of an inability to absorb the brain chemical serotonin.3Op. Cit. The Washington PostThe year before his death in 2005, Dr. Engelberg received the Pioneer in Medicine Award from the Cedars-Sinai Medical Center, the contemporaneous iteration of Cedars of Lebanon Hospital.

The internist wrote and published more than a few books during his life, including, in 1986, Your Heart’s Best Friend: The Untold Story; in 1990, Heparin and the Prevention of Arteriosclerosis; and in 1991, Cholesterol: Fact and Humbug, just to mention only three. Before Engelberg’s residency relocated itself into eternity, he was writing yet another book about his medical experiences with entertainers and Hollywood celebrities, more than one-hundred of which called him their doctor during the years he practiced medicine, celebrities including Burt Lancaster, Danny Kaye, Rita Hayworth, Dore Schary, Walter Matthau and, of course, Marilyn Monroe. Apparently the working title of the memoir was Doctor to the Stars: The Chutzpah Doctor. According to the Los Angeles Times, that title was an allusion to what Groucho Marx once called En­gelberg when both were members of the Friars Club.4Op. Cit. Oliver

Obviously, Hy Engelberg was intelligent and well educated; and he certainly fit the description offered by his many friends: talented and brilliant, even genius. Still, and not unlike the psychiatrist, the internist was not immune to the titillating thought of being Marilyn Monroe’s doctor. According to his wife, Hy danced like a pubescent school boy and displayed a set of keys for his male friends as he excitedly announced to them that he had access to Marilyn Monroe’s apartment. He performed that same ceremony, that same ritual dance as an excited doctor later, after he received a set of keys to Marilyn’s Fifth Helena Drive hacienda.

Dr. Greenson’s judgment had been severely impaired, clearly, and the judgment of Dr. En­gelberg suffered a similar impairment. At the time of Marilyn’s death, Engelberg was involved in a difficult divorce, distracted and apparently writing large prescriptions for barbiturates to calm his soon to be ex-wife: she was emotionally reeling over the end of their thirty-year marriage (Spoto 497). According to available records, between June the 7th and August the 3rd, prescriptions written by Dr. Greenson and Dr. Engelberg provided Marilyn with 764 capsules containing dangerous drugs. On the 25th of July, Marilyn’s doctors prescribed 50, 500mg chloral hydrates and another 50 on July the 31st for a grand total of 100 in the same week. As Donald Spoto correctly noted, Marilyn had Schwab’s pharmacy at her fingertips. The actual prescriptions written by her doctors follow:

As I noted in Section 11, Marilyn also had 32 peach-colored tablets, probably Merck, Sharp and Dohme’s triangu-lar-shaped Triavil, prescriber unknown. Including the 32 Triavil, the preceding list totals 796 pills prescribed or possessed over a span of fifty-seven days, which amounted to a two week supply available for each and every day; and that even though both Dr. Greenson and Dr. Engelberg claimed they attempted to control Marilyn’s intake and were actively attempting to wean her off dangerous and potentially lethal drugs.

Furthermore, the doctors had agreed that only Dr. Engelberg would write Marilyn’s prescriptions and that he would maintain communication with Dr. Greenson regarding the prescriptions written, an agreement, if ever enacted, was certainly not maintained. Without question, her doctors were not communicating or prescribing drugs for her responsibly; and the likelihood that Marilyn received additional prescriptions from other doctors, including Lee Seigel, known as Dr. Feelgood of Fox, was almost a foregone conclusion. But then, Marilyn Monroe, the ultimate female celeb­rity, was magnetic and alluring and charming and could, in fact, get whatever her heart desired and her addiction required.

In any other contemporary era, today for instance, both physicians, Dr. Greenson and Dr. Engelberg, would have been charged with negligent over prescribing, possibly even malpractice. Neither man displayed any reasonable judgment and neither exercised a standard of reasonable care. Certainly the quantity of pills prescribed, 796 in fifty-seven days, rivals the egregious over-prescribing practices of Dr. Nick, George Nichopoulos, who prescrib-ed for Elvis Presley 19,000 doses of drugs, with a final prescription written just 12 hours before his death in a bathroom at his Graceland home.”5“Elvis Presley’s doctor, ‘Dr Nick’ Nichopoulos, dies at 88.”
Edward Helmore. The Guardian.
26 Feb 2016.
<https://www.theguardian.com/music/2016/feb/26/elvis-presley-doctor-dr-nick-nichopoulos-dies-at-88>

Elvis, like Marilyn, had developed an incredible tolerance for painkillers like codeine, Demerol, Percodan, Dilaudid and sedatives like Quaaludes; and also like Marilyn, Elvis suffered from chronic insomnia. While Dr. Nichopoulos was not held responsible for Presley’s death, the cause pronounced as cardiac arrest, Dr. Nick’s medical license was suspended in 1977. Remarkably, however, the physician was acquitted of over-prescribing charges in 1981.

On November the 7th in 2011, Michael Jackson’s physician, Dr. Conrad Murray was found guilty of involuntary man-slaughter in the 2009 death of pop music’s King. The idolized singer compensated Dr. Murray $150K per month to act as a personal physician and drug dispenser, primarily propofol, which Jackson called his milk, a surgical anesthetic powerful enough to put him to sleep when other powerful drugs failed. Apparently, like Marilyn and Elvis, the King of Pop also suffered from chronic insomnia. On November the 29th in 2011, Dr. Murray was sentenced to four years imprisonment. He served only two of the four; he was released from jail in 2013; and his medical license was suspended in only three of these united states.

It is difficult for us, the fans, the persons who adored and idolized, still adore and idolize those incredible per-sonalities, those incredible celebrities to unemotionally assess those star’s accessory involvement in their physician’s over-prescribing practices. By all accounts all three literally begged for the prescriptions, literally begged for the drugs. Additionally, each physician believed, or at least stated, that they were attempting to control their patient’s intake while also attempting to wean them off the drugs. How can that be? we ask ourselves.

Like many other persons, I have witnessed drug addiction first hand, up close and very personal, addicted bro-thers and good friends, addicted daughters and their husbands, addicted others; and like many others, to drug addiction I have lost acquaintances, friends and relatives. My best buddy of many years died due to compli-cations caused by alcoholism and drug abuse. Several other friends and relatives relocated their residency into eternity, their deaths caused by the drugs they either ingested or injected into their bodies. Tragic all; but still I recognize one essential fact about drugs addicts: their addiction was not the most important motivating force in their lives, it was the only motivating force. Lie cheat or steal to get the drugs but by all means get the drugs. I have often thought that addiction seems to lie outside a normal cause and effect relationship even though I understand that initially psychological infirmities or chronic pain possibly introduced the addicted person to those beguiling drugs; but eventually the cause of the addiction becomes addiction while addiction is also the effect.

The renown director and screen-writer, John Huston, who directed Marilyn in The Asphalt Jungle and The Misfits, commented during an interview: Marilyn wasn’t killed by Hollywood. It was the goddam doctors who killed her. If she was a pill addict, they made her so. It is true that Marilyn’s doctors acted irresponsibly and negligently and they should have been held accountable for that irresponsibly. They certainly should have been defrocked, so to speak; and perhaps, Dr. Greenson and Dr. Engelberg should have faced criminal charges of negligence, maybe even involuntary manslaughter charges. Marilyn, though, also acted irresponsibly, as did my acquaintances, friends and relatives who were consumed by drugs. Their irresponsibility and Marilyn’s irresponsibility cannot be overlooked or disregarded. The same is true of Elvis Presley and Michael Jackson. 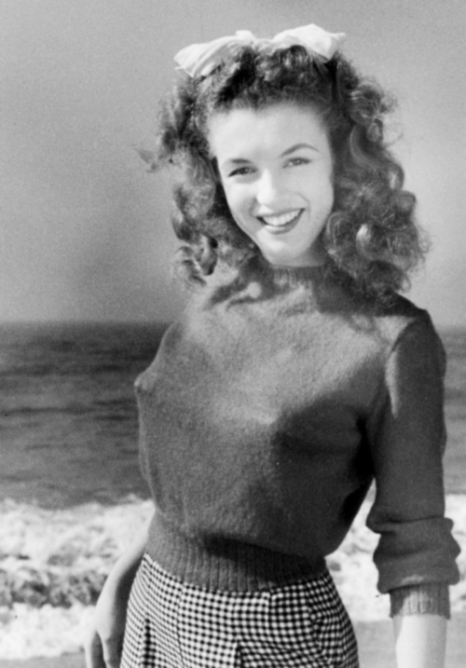 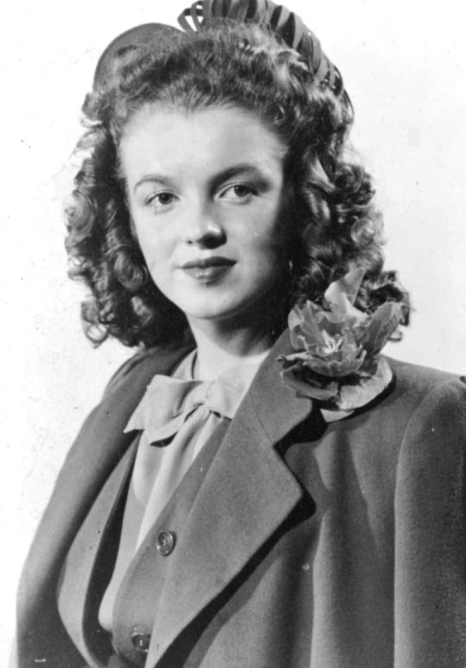