So, Where Was Robert Kennedy on August the 4th?

One of the co-investigators involved in David Marshall’s on-line investigation into Marilyn Monroe’s death, Tony, did not accept the testimony of John Bates and noted that Bates was the only witness who testified that Robert Kennedy remained in Gilroy that August Saturday in 1962. Marshall’s co-investigator also noted that Bates was a friend of the Kennedy clan, noted that Bates had previously accepted the Kennedy’s hospitality and the visit to Gilroy was simply a reciprocation. Besides, Bates was John Kennedy’s naval war buddy, obviously a fact that Tony considered to be suspicious. Still, Tony admitted that Robert Kennedy was with Bates during that weekend and photographic evidence existed which proved his presence in Gilroy. Even so, Tony asserted, there was a possibility that Bates’ testimony could not be trusted because the attorney coveted a government position in Washington within the Kennedy Administration, which possibly prompted John Bates to lie; however, as I noted earlier, John Kennedy offered Bates a position as Robert Kennedy’s assistant, a position the San Fran-ciscan attorney refused. Additionally, John Bates was not the only person who testified that Robert Kennedy never left the Bates’ ranch that weekend. Nancy Bates so testified as did John Bates, Jr. and Roland Sny­der, the Bates’ ranch foreman. So, once again, we find ourselves between opposing sides of opposing testimony and opposing viewpoints.

The possibility that John Bates either loaned Robert Kennedy a car or actually drove his attorney general friend to an awaiting helicopter has been advanced, meaning that John Bates actively participated in Robert Kennedy’s surreptitious absence from Gilroy that Saturday. If we momentarily accept that premise, how did Robert Kennedy reveal the tense and precarious situation awaiting him in Los Angeles? How did he reveal his need to leave Gilroy? Did he admit to a private necessity to be in Los Angeles, requiring his absence all day that Saturday, a necessity he did not explain to John Bates? And then did friend Robert ask friend John to cover for him at the ranch?―thereby requiring lies from not only himself but his wife, his young son and his ranch foreman, lies that at least two maintained until their deaths and others maintain even now. Or did Robert Kennedy simply reveal the problem with his paramour to John Bates, reveal her threats to expose their affair to the public; did Robert admit that a trip to Los Angeles was necessary in order to deal with the world’s most famous actress; did Robert Kennedy declare to his friend John Bates that Marilyn Monroe had to be silenced?

Then, early that Sunday morning, John Bates, like everyone in America, learned that Marilyn Monroe was dead. Certainly at that point he would have reached the only logical conclusion available: his Kennedy friend was somehow involved in Marilyn’s death. Even so, John Bates must have gone to his Kennedy friend and told him not to worry, not to fear: neither he nor anyone else at the ranch that weekend would ever reveal the truth about where he actually was on August the 4th in 1962. Well, in my opinion, such a scenario would require much more than friendship or the simple reciprocation of residential hospitality.

Some members of the Marilyn Community have asserted this: accept as fact, based on the preponderance of testimony offered by the conspiracists, that Robert Kennedy flew to Los Angeles on August the 4th, met with Marilyn and then returned to Gilroy. What does Kennedy’s presence in Los Angeles actually prove, they ask honestly? His visit with Marilyn does not prove, they assert, that Marilyn was murdered or that Robert Kennedy murdered Marilyn or was even involved in her death; and those who so assert are essentially correct. Robert Kennedy’s alleged two visits to Fifth Helena do not prove anything regarding her death and certainly do not prove that she was murdered. But, in order to accept as fact, that Robert Kennedy visited Marilyn on August the 4th, we must first accept the foundational premise that Marilyn had a long-term affair with John Kennedy, an affair with Robert Kennedy and that she intended to hold a press conference, expose the middle Kennedy brothers’ affairs with her and extract a pound of flesh; and in so doing, jeopardize her career in the Magic City. We must believe that Marilyn’s press conference threat prompted Robert Kennedy’s trip to Los Angeles that Saturday; and therefore, we must believe Robert Slatzer and Jeanne Carmen, and various other dubious individuals like Samir Muqaddin, whose contradictory pronouncements over the years raise more than reasonable doubt about their veracity. I personally neither believe Slatzer nor Carmen nor Muqaddin for the reasons I have herein presented.

Is it not relatively obvious? Is it not relatively a simple matter to judge the testimony offered by the conspiracists regarding Robert Kennedy’s alleged appearance in Los Angeles that August Saturday? The conspiracists offer a consensus opinion based on rumor, innuendo and hearsay testimony while they simultaneously ignore or dismiss the concrete first hand testimony of John Bates, the members of his family and foreman Roland Snyder, the only consistent testimony offered, not to mention the corroboration offered by persons who observed the Bates ranch contingent at Mass in Gilroy early on Sunday morning, the 5th of August. The conspiracists dismiss the documentary evidence represented by filed FBI reports 77-51387-293 and 77-51387-300 while they also dismiss the photographic evidence of the Kennedy family’s visit to Gilroy.

In 2011, Susan Bernard, Bruno Bernard’s daughter, published Marilyn: Intimate Exposures which featured her father’s photographic work with the blonde actress. Susan also published the testimony of the Bates children; and, she also published several snapshots taken by the Bates family during the Kennedy visit. Those published photographs, taken at various times throughout the day, along with the testimony of the Bates children, categorically disproved the contention that the attorney general visited Marilyn on August the 4th in 1962, particularly the purported evening visit. Also, as noted by Mel Ayton in his Crime Magazine article: The nearest airstrip was in San Jose, an hour away by car. The deep canyons in the Santa Cruz Mountains made the ranch inaccessible by helicopter and the ranch was five hours away from Los Angeles by car. The junior John Bates reiterated and reinforced those facts in a letter he wrote to Susan Bernard, also noting, as his father had so noted several times, Robert Kennedy’s twin must have visited Los Angeles that Saturday, because the attorney general never left the Bates Ranch; but then, the attorney general did not have a twin.1Link to Ayton Article:
<http://www.crimemagazine.com/assassination-marilyn-monroe>

So? Did Robert Kennedy travel from Gilroy to Los Angeles at any time on August the 4th in 1962? A reasonable person can supply only one reasonable answer to that question, a resounding, NO. Nothing offered by the con-spiracists regarding Robert Kennedy’s movements would be or should be accepted as evidence or proof in any court in America; and I suggest that a jury would not even be allowed to hear the type of flagrant hearsay testi-mony offered by Summers and Wolfe or Margolis and Buskin. The missing helicopter log and Lynn Franklin’s missing hotel registration page, along with the tales of their alleged existence, just like Marilyn’s missing Red Book of Secrets, are of no evidentiary value whatsoever. Each is, in fact, a MacGuffin. But ask yourself this: why would Robert Kennedy risk a dangerous helicopter flight of virtually seven-hundred miles to visit Marilyn, risk the exposure of being seen, when he could have telephoned and spoke to her that Saturday? The assertions of the conspiracists make no sense at all. To have traveled from Gilroy to LA and then back to Gilroy unnoticed during that Saturday would have required the use of some enchanted pixie dust; but then, the only persons with pixie dust at their disposal were, and are, the conspiracists. 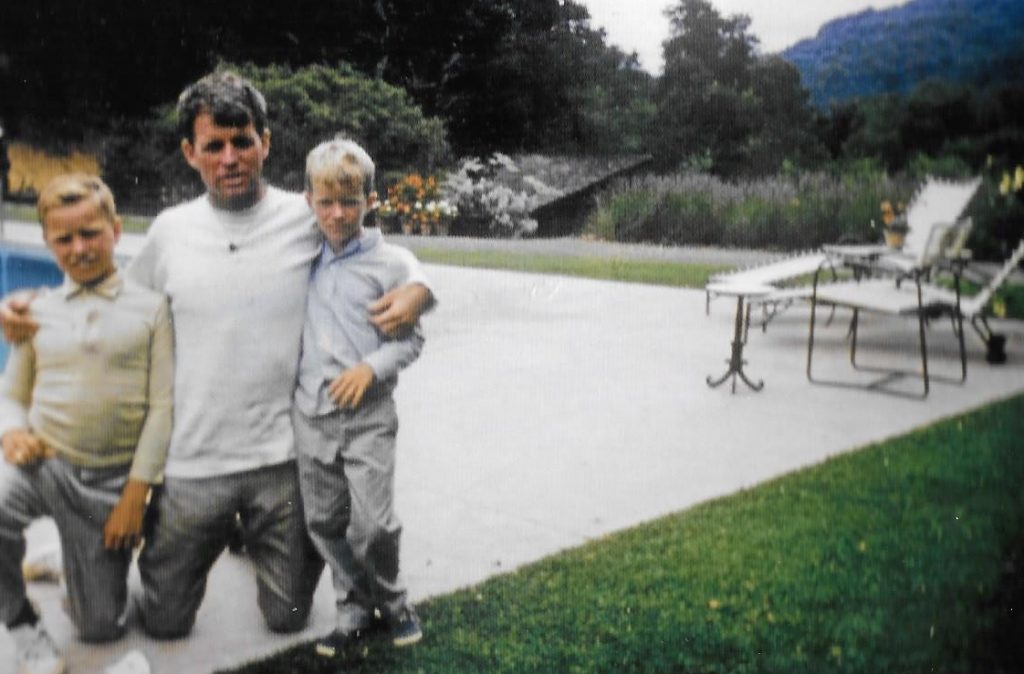 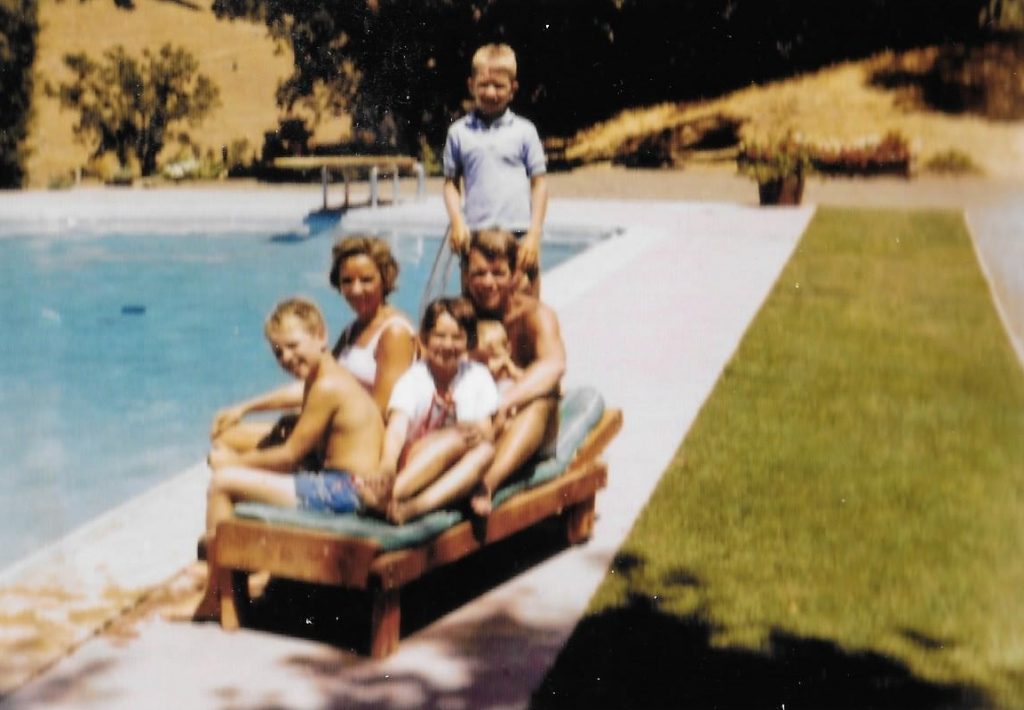 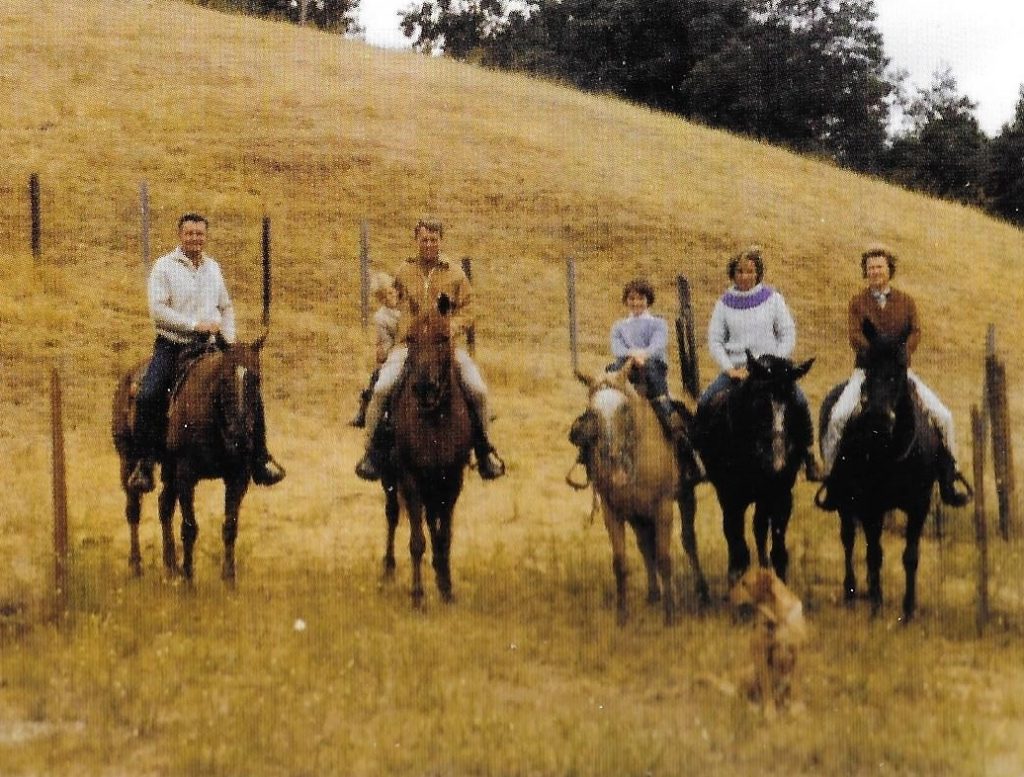 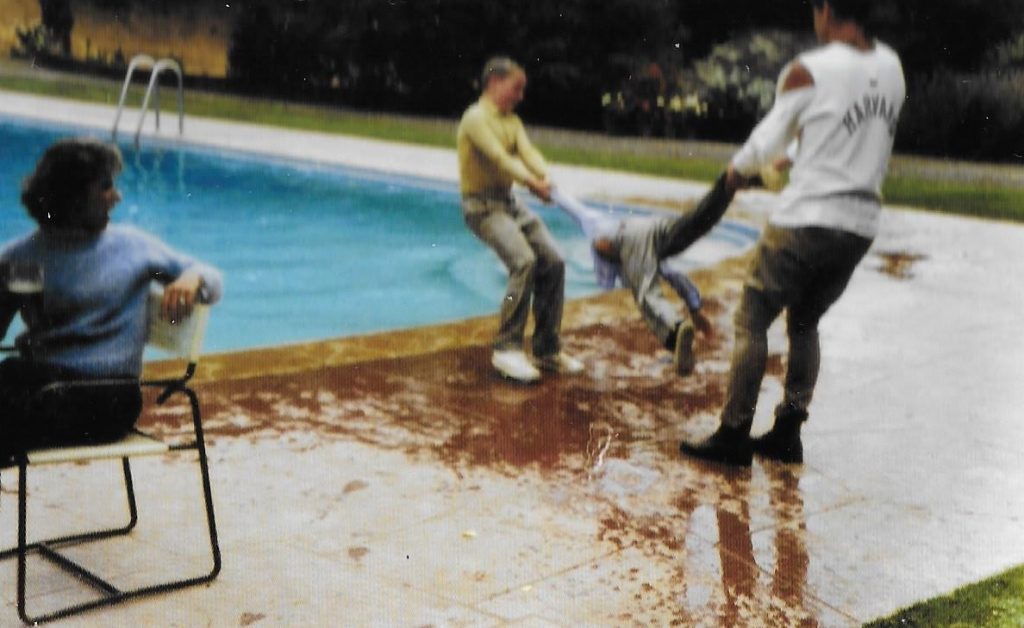 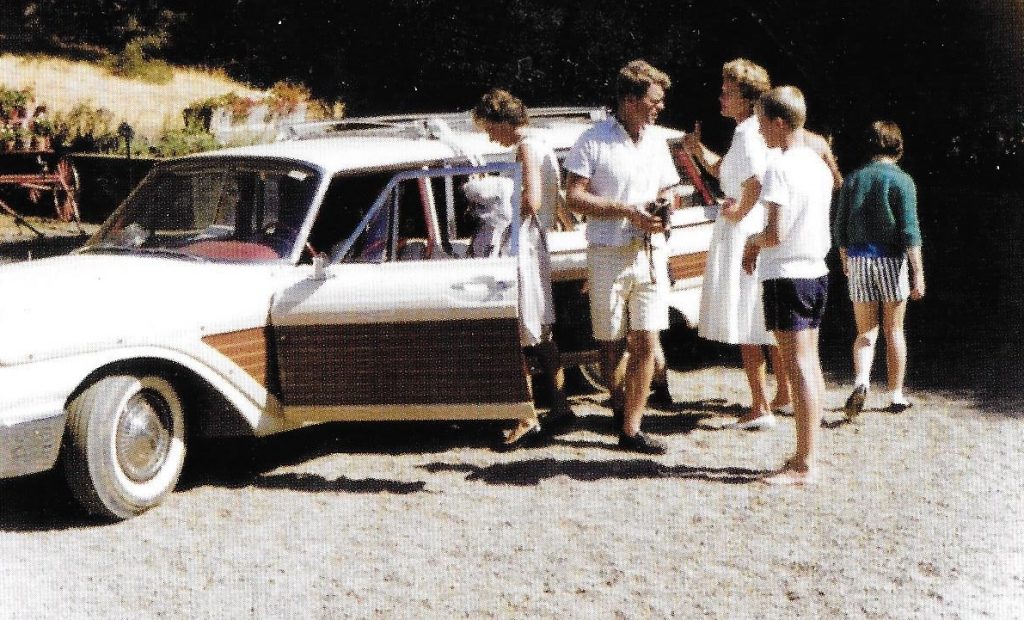 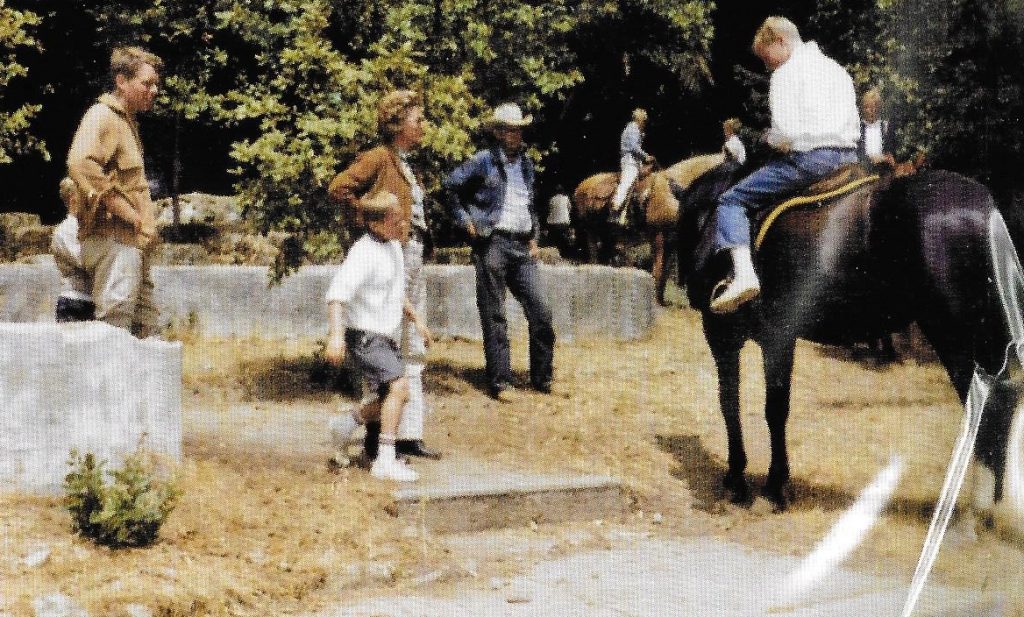 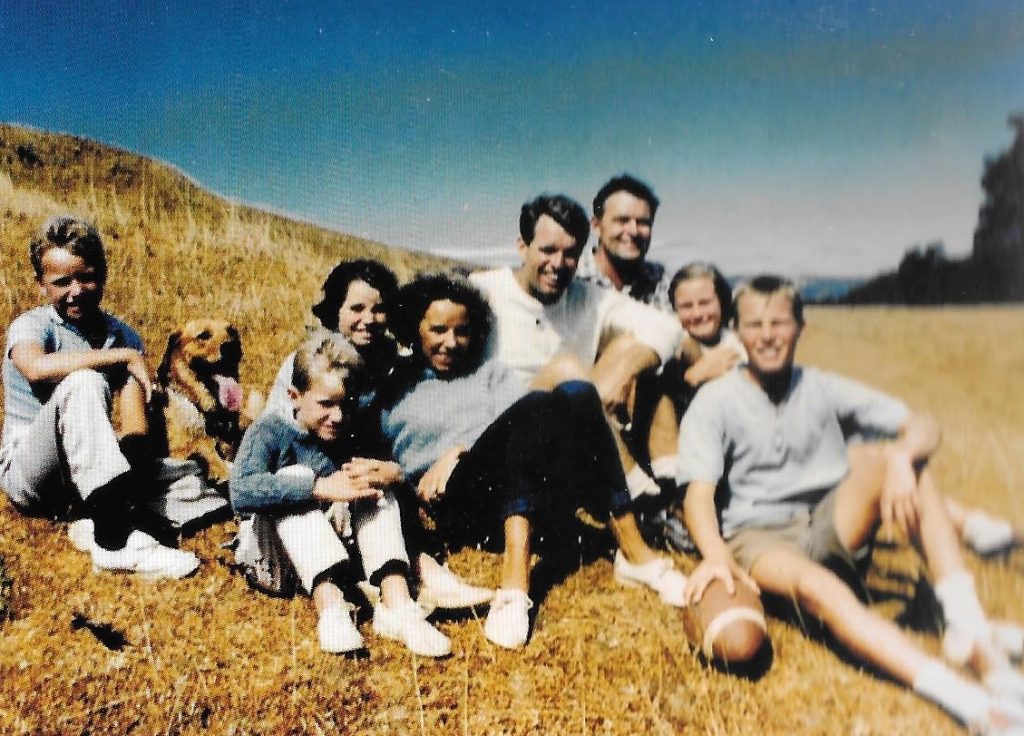