On the 1st of October in 2003, The Discovery Channel aired a program entitled “Unsolved History: The Death of Marilyn Monroe.”1“Unsolved History: The Death of Marilyn Monroe.” The Discovery Channel. Termite Art Production in association with Loins Gate. Produced and directed by James Younger; produced by Andy Papadopoulos; segments directed by Michael Tetrick; executive producer Erik Nelson. Normally I would provide an Internet link to a video; but the program’s producers chose to display images of Marilyn’s corpse, an action I do not and will not endorse or promote.The expressed purpose of this program was to finally scientifically examine the conspiracy theories pertaining to Marilyn’s death, most certainly a laudable purpose, and by so doing, smash through four decades of speculation and separate the possible from the impossible, most certainly two significant and laudable goals. Several familiar persons appeared during the program to declare that Marilyn Monroe did not commit suicide: she was a homicide victim. She was murdered.

Eventually, Miner spoke about the activity that was apparently one of his favorite pastimes; and remarkably, the former assistant DA recalled, a mere forty-one years after he had observed Marilyn’s autopsy, that her sigmoid colon did not contain any fecal matter, meaning therefore, in John Miner’s universe, that Marilyn was killed by the application of a lethal enema; and apparently the application of enemas was a topic about which Miner had a considerable amount of firsthand knowledge and experience. A fellow can only assume, though, that Mr. Miner did not refresh his memory by re-reading the actual autopsy report, which clearly stated: The fecal contents is light brown and formed. The presence of fecal contents in Marilyn’s colon conclusively negated an enema as the murder weapon.

Later in the program, Dr. Nicholas Cozzi, a pharmacologist, appeared. He had several experiments to perform. Dr. Cozzi’s purpose was to replicate, as closely as possible, the action of Marilyn’s digestive tract and in so doing, answer the following question: why was Marilyn’s digestive tract devoid of any evidence proving that she actually swallowed a large quantity of Nembutal capsules? Each and every conspiracist has asserted that Marilyn’s stomach should have contained undigested pills and should have been stained by the pill’s yellow dye. In short, Dr. Cozzi could confirm and virtually prove the accuracy and validity of the coroner’s 1962 suicide ruling, or otherwise discredit that ruling, and thereby provide compelling evidence that Marilyn was, in fact, a homicide victim.

To begin with, Dr. Cozzi employed a mathematical formula to calculate a probable dosage, Q, meaning the quantity of capsules that Marilyn probably ingested on August the 4th. The formula follows:

Vd:  volume of distribution of the drug in liters per kilogram; and

C:    the drug’s concentration in milligrams per liter.

When Dr. Cozzi inserted values for the unknown quantities, the equation became:

Therefore, according to the arithmetic, Marilyn more than likely ingested at least 24 Nembutal capsules of 100 milligrams each. On August the 3rd, Marilyn had filled a prescription for 25 Nembutal capsules of that dosage, the vial for which was found empty on the morning of August the 5th. So, Dr. Cozzi concluded that the quantity of capsules rendered by his arithmetic directly correlated with the amount of Nembutal Marilyn had available and cast a reasonable doubt on the frequently asserted contention that Marilyn ingested at least 50 Nembutal capsules3Dr. Hyman Engelberg testified to the police that Marilyn’s Nembutal prescription should have contained 50 capsules; but he simply made an error: the label on the vial clearly indicates a quantity of 25 capsules, 100 mg.and possibly a quantity as large as 100, as asserted by the conspiracist, Donald Burleson.

In order to replicate Marilyn’s digestive tract, Dr Cozzi arranged two glass vessels vertically, the top one a conically shaped vessel to represent Marilyn’s stomach, which slowly drained into a second, spherically shaped vessel representing the volume of blood in Marilyn’s body. To replicate the stomach’s digestive juices, Dr. Cozzi mixed hydrochloric acid with some digestive enzymes. He partially filled the conically shaped vessel with this acidic solution and then warmed it to body temperature. After inserting a device to agitate the solution, thereby mimicking the contracting action of Marilyn’s stomach during digestion, the doctor introduced 24 capsules into the upper vessel. The capsules that Dr. Cozzi introduced into the acidic solution were exact replicas of the capsules Marilyn would have swallowed, including not only a powdered form of the drug Nembutal but the exact gelatin capsules used by Nembutal’s manufacturer, Abbott Pharmaceuticals. Remarkably, only 2 minutes into the experiment, not even one fully intact capsule remained in the upper glass vessel; and after only 3 minutes of agitation in the upper vessel’s acidic solution, all of the 24 capsules had virtually dissolved. Just a short 10 minutes into the interesting experiment, all the gelatin capsules had completely dissolved and the liquid in the upper beaker had changed from being totally clear to being a pale yellow.

As the contents drained slowly from the upper vessel, Dr. Cozzi procured samples from the lower vessel in order to measure the likely concentration of pentobarbital in Marilyn’s blood. According to the doctor’s tests, 10 minutes after ingesting the capsules, Marilyn would have remained conscious and awake. Remarkably, 20 minutes would have elapsed before the barbiturate concentration reached a level high enough to put Marilyn to sleep. This means that all the capsules Marilyn ingested would have dissolved even before she fell asleep. Also, considering the stomach’s constant draining action, all of the capsules that Marilyn ingested, Dr. Cozzi asserted, would have completely drained into her small intestine in approximately 30 minutes. While Marilyn was probably in a deep sleep at that point, she was also still alive and her digestive system was still functioning. As a result of Marilyn’s continuing digestion and his experiments, Dr. Cozzi asserted: It’s not surprising at all that no capsule residue was found in her stomach or intestines. Once the capsules completely dissolved, then the pentobarbital and the yellow gelatin would have been absorbed and would have completely disappeared. Also, the presence of bile in Marilyn’s intestines would have obscured any yellow coloring. Therefore, Dr. Cozzi dismissed the expectation or belief that the yellow coloring in the gelatin capsules would have, and should have, stained Marilyn’s stomach, her duodenum and her entire digestive tract. That expectation and belief, he noted, was essentially a red herring.

Dr. Cozzi speculated that Marilyn lived approximately 1½ hours after she lost consciousness, or approximately 2 hours after she ingested the capsules. After 2 hours elapsed, she possibly experienced complete respiratory depression and failure, which caused her heart to stop beating and death to ensue. It is important to note here, Dr. Cyril Wecht opined that Marilyn possibly lived a few hours after she ingested the Nembutal. Dr. Cozzi’s experiments confirmed Dr. Wecht’s opinion along with a similar opinion expressed Dr. Boyd Stevens, an opinion included in the district attorney’s 1982 summary report. After noting the ratio of pentobarbital in Marilyn’s blood and liver, essentially a 1 to 3 ratio,4Dr. Stevens actually incorrectly noted that the ratio was 1 to 2.Dr. Stevens stated: To me, that suggests that the person live[d] for quite a period of time [after ingestion of the drugs]. It also suggests that there is not a large reservoir left in the stomach or gastrointestinal tract to be drawing from.5Op. Cit. The District Attorney’s Summary Report.In point of fact, Marilyn could have survived in a semi-coma and than a coma even longer than 2 hours after ingesting the Nembutal. The following tabulation shows Dr. Cozzi’s results based on time (T) in minutes using 24 capsules as the quantity Marilyn ingested:

Dr. Cozzi also addressed the issue of refractile crystals that Dr. Noguchi did not find in the small amount of liquid which remained in Marilyn’s stomach. It’s not surprising, he asserted, that there weren’t any refractile crystals because the pentobarbital is absorbed so quickly and the capsules disintegrate so quickly, that within thirty minutes, the pentobarbital and the capsules would have been gone from her stomach. Additionally, Dr. Cozzi confirmed that the pinpoint hemorrhaging visible in Marilyn’s stomach, as noted by Dr. Noguchi in his written autopsy report, was consistent with the corrosive presence of a large quantity of swallowed barbiturate capsules.

Finally, regarding the possibility of an accidental overdose, additional experiments indicated that 3 incremental doses of 4 capsules, ingested intermittently over time, would have caused Marilyn to fall into a deep sleep after she ingested 12 capsules or approximately 20 minutes after taking an initial dose of 4 pills. Once asleep, Marilyn could not have consumed an additional 12 pills, virtually eliminating the accidental overdose scenario. Therefore, Dr. Cozzi stated: The simplest explanation is that she took 24 or 25 doses of Nembutal in one episode with the intention of committing suicide.

You might already have anticipated this; but disagreements with Dr. Cozzi’s well-planned experiments and his conclusions appeared not long after the Discovery Channel aired the investigative program. Most of the contentions revolved around the mathematical formula the doctor used to estimate the amount of capsules Marilyn possibly ingested. As noted by the objectors, since Marilyn was not drug naïve, meaning she had developed a tolerance to Nembutal due to frequent use and abuse, the quantity Dr. Cozzi calculated probably should have been doubled, rendering a quantity of 48 capsules ingested, not 24 as the calculation predicted. The objectors noted: LA County’s Chief Medical Examiner, Dr. Theodore Curphey, stated during a press conference in 1962 that Marilyn possibly ingested as many as 47 capsules.

Additionally, the formula employed by Dr. Cozzi to predict an ingested quantity is recommended for use on living subjects, not deceased ones. According to Principles and Procedures in Forensic Toxicology, written by John F. Wyman and published in 2012, while questions regarding the quantity of pills possibly consumed by a person who has committed suicide are to be expected, attempting to calculate a possible dosage after death based on postmortem blood concentration is a poor practice. The author discouraged the use of the formula implemented by Dr. Cozzi primarily because the drug’s actual volume distribution for specific individuals will always vary with body type and Body Mass Index, which are usually unknown, and also because the volume distribution of a drug should be based on a plasma/serum concentration, not a whole blood concentration, which is used in postmortem toxicology tests. I hasten to note, though, Mr. Wyman judged calculating a dosage postmortem to be just a poor practice: he did not state unequivocally that such a calculation would necessarily or always be completely incorrect. Also, Dr. Curphey’s expressed opinion regarding the quantity of capsules swallowed by Marilyn was merely an expression of a possibility, by no means an expression of a confirmed reality.

Detractors might take issue with Dr. Cozzi’s digestive tract replication and experiments; they might contend that the mathematical equation he used to predict the quantity of pills Marilyn ingested represented a poor practice and rendered an invalid pill quantity; but despite those detractive statements, Dr. Cozzi’s well planned and calibrated experiments clearly demonstrated two essential points: 1) Nembutal capsules disintegrate and dissolve rapidly; and 2) Marilyn could have swallowed a large quantity of pills and any evidence of them, including the pill dye and refractile crystals, would have disappeared from her stomach long before she died. Dr. Cozzi’s experiments also appear to render the scenario of accidental suicide highly unlikely. 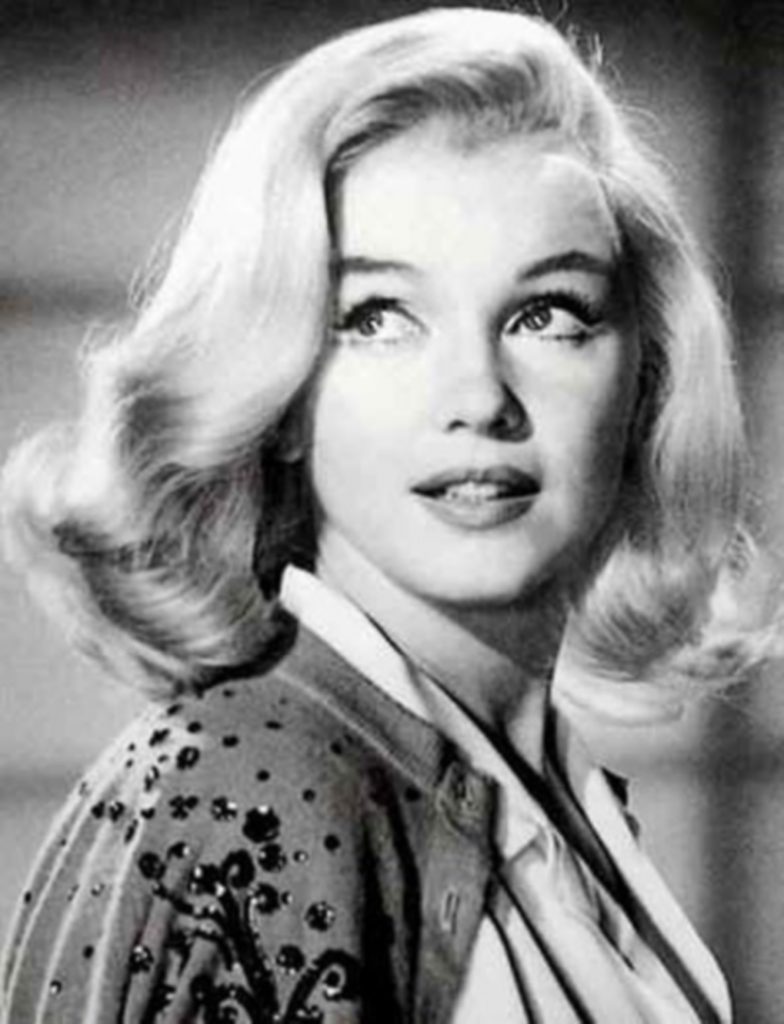 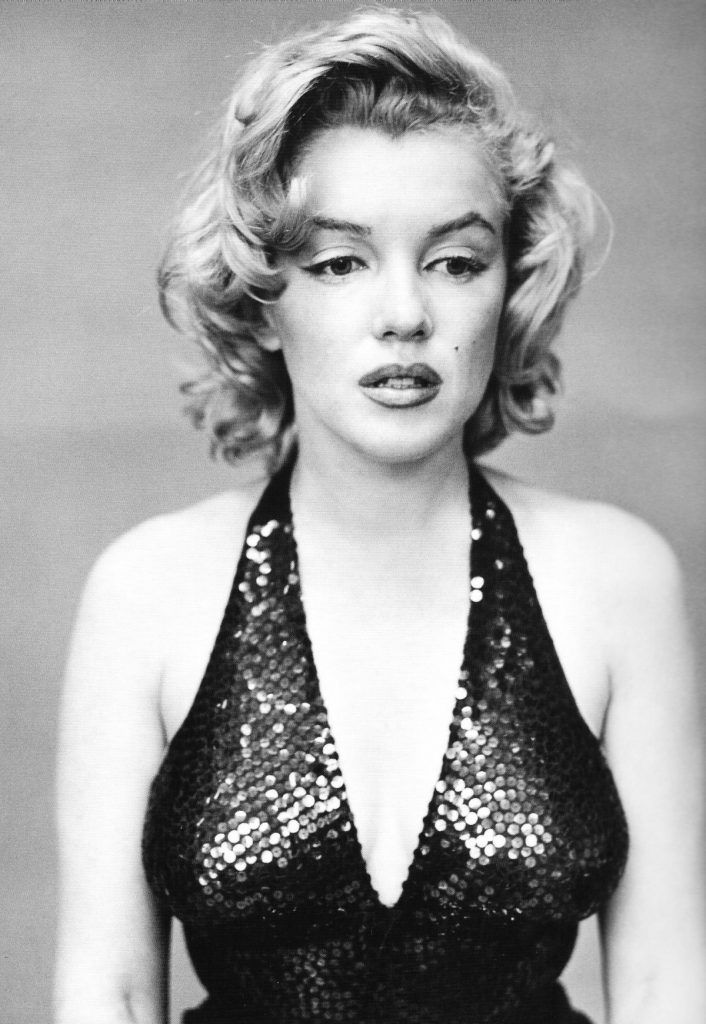