If there is a Rosetta Stone that can be used to decipher the hieroglyphics of Marilyn’s death, at least with respect to how the Nembutal and the chloral hydrate entered her body, it is her autopsy. A basic knowledge and understanding of pharmacokinetics, or how the human body effects drugs and how those drugs move throughout the body’s systems over time, including the processes of absorption and distribution, metabolism and excretion, are a part of that Rosetta Stone.

All of the information I present regarding this branch of pharmacology I gleaned from watching many of the numerous videos and on-line university lecture series available on YouTube. Dr. Linnea Boyev, MD, explained first pass metabolism in a particularly informative and comprehendible way,1Link to video:<https://www.youtube.com/watch?v=1Htpra_NGnI>as did Dr. Aero Saffarzadeh, MD, UC Irvine School of Medicine, Yale-New Haven Hospital, New Haven, CT, in a lecture series about pharmacokinetics. Additionally, I consulted another lecture series presented by Dr. Steven A. Fink, who is a Professor of Biological Sciences, Vice-Chairman of the Sciences Division at West Los Angeles College, Adjunct Professor of Pharmacology for the West Los Angeles College Dental Hygiene Program, and Adjunct Associate Professor for Anatomy and Physiology in the Life-Sciences Department at Santa Monica College. Regarding the charac-teristics of barbiturates, I consulted several websites dedicated to informing consumers about the nature and dangers of drugs like pentobarbital. I extracted the information about hepatic extraction or drug clearance ratios from two websites: 1) What-When-How: In-depth Tutorials, Crankshaft Publishing; and 2) Pharmaco-kinetics, Extraction Ratios, The University of Lausanne, Lausanne, Switzerland.

Briefly and simply, when a drug enters the body through hypodermic injection, only a small fraction of it passes through the liver on its initial trip through and distribution to the body’s organs. On the other hand, drugs that enter the body through the stomach and the intestines, 100% of the portion of the drug that has been absorbed by the gastrointestinal tract, will enter the portal vein which will take the drug directly to the liver where a degree of biotransformation or metabolism occurs, known as first pass metabolism. Since the metabolism rate of each drug within the liver differs, a difference impacted by several conditions, including the metabolism of the person receiving the drug and their body’s acclimation to it, a common or standard rate of metabolism does not exist. Drugs can be either long-acting or short-acting. The biological half-life of pentobarbital, for instance, is higher than the biological half-life of chloral hydrate which means that the effects of pentobarbital last a longer amount of time than the effects of chloral hydrate. Additionally, the rate at which a person’s body absorbs a drug is also a variable. Therefore, the rate of metabolism, or extraction, varies between 50±20% depending on the drug under consideration. According to Drugs.com, barbiturates, Nembutal in particular, are weak short-acting acids which are rapidly absorbed and distributed throughout the human body resulting in high liver concentrations and corresponding concentrations in the brain and the kidneys. Additionally, Nembutal is metabolized primarily by the hepatic microsomal enzyme system and then commonly excreted in the urine and less commonly in the feces.

According to Dr. Linnea Boyev, the amount of an injected drug that reaches the liver on its first trip through a person’s body is approximately 10%, a quantity confirmed by other lecturers. Since Nembutal is a barbiturate with a high absorption property, let us assume for the sake of simple arithmetic, something of which I am always in favor, 100% of the ingested dose will be absorbed by the gastrointestinal tract, pass into the portal vein and then into liver where it will experience a high rate of first pass metabolism. So, the calculations to determine where an injected and ingested 50mg dose of the Nembutal will reside in the body are as follows:

So the total ingested dose will be subjected to first pass metabolism. Of that 50mg, once again, we can assume that the liver metabolized 70%.
So [(50mg) x (0.7)] or 35mg of the 50mg dose was metabolized.
Of the 50mg ingested dose, an amount equal to [(50mg) − (35mg)] or 15mg remained in the blood for redistribution to and absorption by the body’s organs.

Obviously, the preceding calculations are an oversimplification of what happens kinetically to Nembutal when injected or ingested; but fundamentally, the arithmetic reveals an important fact. More of the Nembutal that Marilyn ingested on August the 4th would have been in her liver than in her blood. The quantities found would depend, of course, on the exact time that she swallowed the drugs that night; however, finding a higher concentration of drugs in Marilyn’s liver than the concentration in her blood, three times the concentration, is consistent with an orally ingested overdose, a consistency and a medical significance observed and noted by Dr. Boyd Stevens, a meaningful observation and notation included in the LADA’s 1982 Summary Report, but one that has been summarily ignored.

I must point out that drugs which enter the body rectally are also subjected to first pass metabolism by the liver and the numbers used in the arithmetic presented above would virtually be the same; but drug administration through the rectum is more complex and will be discussed additionally in Section 16.

The preceding evaluation certainly casts a considerable amount of shade on Donald Burleson’s pill gobbling scenario, which will be presented in Section 12. Burleson asserted that Marilyn would have died long before her blood’s toxicity level reached the level indicated on the toxicity reports; and her stomach would have been filled with undigested capsules. In point of fact, if Marilyn had died long before her blood reached that toxicity level with unabsorbed capsules remaining in her stomach, then the level of barbiturates in her liver would not have been three times the toxicity level of her blood.

In the first chapter of his now largely discredited memoir, Robert Slatzer declared that he did not believe Marilyn committed suicide. I have made a long study, he boasted, then continued with his declaration, indeed, a study that has covered more than a decade since her death and I have come to the unalterable conclusion that Marilyn Monroe did not commit suicide (Slatzer 2). In chapter 5, he framed his belief as a question: Is it possible that Marilyn could have met her death from an injection? (Slatzer 65). Over his memoir’s next fifteen chapters, three-hundred and twenty-eight pages, Slatzer frequently declared his belief that a lethal injection of barbiturates killed Marilyn while he also suggested that a barbiturate infused suppository could have been the murder weapon.

In his evaluation of Marilyn’s autopsy, Dr. Weinberg wrote: […] there is no evidence to substantiate the mode of entrance of the drug into the body was due to ingestion (Slatzer 319). It is clear that Dr. Weinberg partially based that statement on the alleged absence of a drinking vessel in Marilyn’s bedroom, a belief created by Jack Clemmons’ false observation and statement, which was then perpetuated by Robert Slatzer; however, within the Fowler Papers, among the considerable evidence that several editors and commenters fashioned Slatzer’s 1974 publication, a series of handwritten and typewritten comments regarding Marilyn’s autopsy contained the following observation:

So, if Aug 13 report of 13.0 mg. per cent of Pentobarbital was found in liver, it is my impression that orally ingested drugs were taken, first settling in liver, then distributed to blood stream. If I am correct, MM was not killed by injection!!!2WRFC, Box 40, Folder 24, page 17.

The unidentified commenter who offered the preceding observation was generally correct; but those involved in creating Slatzer’s memoir, including Will Fowler, simply ignored that more than relevant and significant factual observation. If the unknown editor who posed that comment about the drug’s concentration in Marilyn’s liver understood its potential significance, then certainly Dr. Weinberg was also aware of this scientific fact: a higher concentration of barbiturates in Marilyn’s liver than in her blood indicated and was consistent with an oral ingestion of a large overdose.

Thus, under Dr. Stevens’ analysis, absent information not included in the Autopsy Report and thus presumably not discovered, the person upon whom the autopsy was performed metabolized the pentobar-bital [Nembutal] in a manner consistent with an oral ingestion of a large quantity of pills, and further that the metabolic process had reached the stage where much of the toxic material had already reached the liver and was in the process of at least beginning the excretion process.

The functioning of the human body and the phenomenon of first pass metabolism essentially disproves the oft asserted mode of death pronounced by Robert Slatzer and many others, essentially proves just how the barbiturates entered Marilyn’s body. Any murder scenario which includes an injection, otherwise known as a hot shot, is not supported by the autopsy findings or the manner with which the body effects drugs. The district attorney’s 1982 summary report also addressed this issue:

In conjunction with our investigator interviews, this leads to a reasonable conclusion that Miss Monroe had not suffered a “hot shot” or needle injection of a lethal dose. A needle injection (intravenous, subcutaneous or intramuscular) would have produced a very high blood level of the barbiturate. This would have led to a rapid death; and we would not have seen the evidence of the extended metabolic process which allows time for the liver to absorb the toxic substance.

But then, the preceding leads to this question: just what amount is a lethal dose of barbiturates? According to Drugs.com, depending on several variable factors, a dose of 1 gram or 1000 milligrams will produce serious barbiturate poisoning in adults and a dose above 1000 milligrams can lead to complete respiratory failure and death; but a dose of 2000 milligrams or more is virtually always lethal. It just might be impossible to determine exactly how many capsules Marilyn ingested on August the 4th; but it is apparent she ingested at least a 2500 milligram dose of Nembutal along with chloral hydrate capsules of an undetermined quantity. Therefore, she ingested a lethal dose. 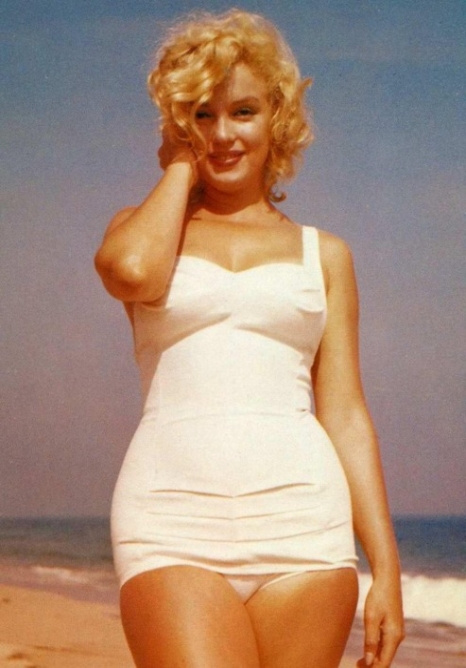 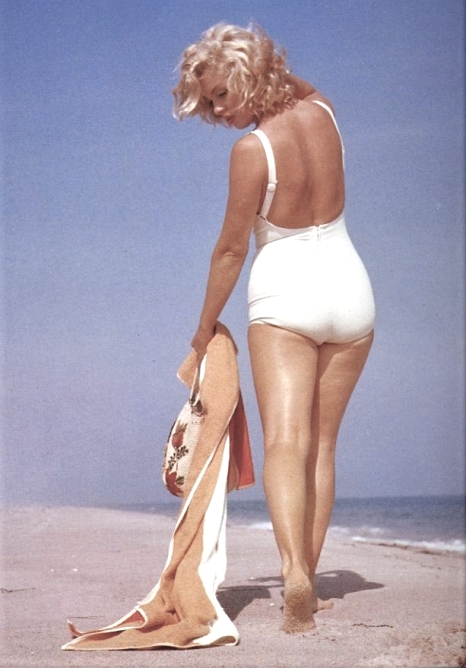