Inside the odd world that revolves around Marilyn’s death, a fellow quickly recognizes the following truth: despite the preposterous or ridiculous nature of a murder orthodoxy as advanced by any conspiracist, and even if the theory can be easily disproven or generates troublesome questions, it will be accepted at face value. The troublesome questions will not be asked nor research undertaken. Any theory will be accepted as fact just on the virtue of its promulgation, just on the virtue of its pronouncement. Authors, magazine and newspaper editors along with the managers of sensationalistic websites will accept and repeat it. All across the Marilyn-Was-Murdered-World, the orthodoxy will appear; and like a murder compass, it will inevitably point true north and lead the lost and otherwise innocently uninformed to either the middle Kennedy brothers, an appropriate big letter intelligence acronym or a figure of organized crime.

For instance. Recently, Gianni Russo, who portrayed Carlo Rizzi in The Godfather, apparently searching for an additional fifteen minutes of fame, appeared in the Realm of Marilyn to announce that she purloined his virginity when he was a mere fifteen year old child. Russo also asserted that he, too, for four years, became sexually involved with Marilyn Monroe. He was sixteen, when he struck up an affair with the actress; she was thirty-three, certainly and clearly nonsensical purports. Since Marilyn died when she was thirty-six, she could not have been involved in a four year long affair that began when she was thirty-three; but more significantly, the aging actor avouched that he also knew the perpetrator and precisely how Marilyn was murdered. A guy known as The Doctor murdered Marilyn, Russo testified to Michael Kaplan. The Doctor was a killer for hire and an actual MD who per-formed major hits for the mob […]. This unnamed Doctor injected air into the vein near Marilyn’s pubic region, Russo reported to Kaplan and the New York Post in March of 2019. She died of an embolism, but it looked like drugs to the coroner. While possibly the most inventive of Marilyn’s Murder Orthodoxies, Russo’s embolism is also certainly the most ludicrous: how could a venous gas embolism create all the pentobarbital in Marilyn’s blood and liver? Still, despite the ludicrous nature of Russo’s yarn, it was reported in many magazines and Internet articles as the absolute truth.1A link to Kaplan’s article.
<https://nypost.com/2019/03/02/godfather-actor-claims-he-knows-who-killed-marilyn-monroe/>

Despite the outlandish claims by neophytes like Gianni Russo, Marilyn’s autopsy, her death’s Rosetta Stone, reveals several important aspects of Marilyn’s death which allow us to evaluate and discount certain orthodoxies, particularly the Margolis and Buskin orthodoxy and the one advanced by Russo, along with many other assertions advanced not only by the conspiracists but by many persons involved on the periphery of Marilyn’s death―and her complex life.

In the previous section dedicated to Marilyn’s autopsy and its related reports, I discussed certain aspects of pharmacology and pharmacokinetics which dispel any notion that Marilyn was injected with the drugs that killed her; that is to say, we must dismiss any murder orthodoxy which involves a massive injection of barbiturates into Marilyn’s body and in particular directly into her heart. Marilyn’s autopsy did not reveal evidence of any injection sites nor puncture wounds nor broken ribs nor any other broken bones for that matter. The Donald Wolfe, Jay Margolis and Richard Buskin murder orthodoxies along with the murder orthodoxy presented by Fred Otash through Jeanne Carmen’s memoir are most certainly and undeniably false and must therefore be dismissed. I discuss the Margolis and Buskin murder orthodoxy’s related assertion that Marilyn was sexually involved with her psychiatrist in previous sections.

Not only does Marilyn’s autopsy preclude murder by injection, several other oft repeated modes of murder and several details alleged by the conspiracists can be eliminated. Marilyn’s autopsy indicated the presence of fecal matter in Marilyn’s colon; therefore, any and all murder orthodoxies which included the use of enemas or anally inserted injection hoses must be discounted, meaning the Carmen–Otash account, while also acknowledging this caveat: the location of the fecal matter was not clearly stipulated by Dr. Noguchi; and Cyril Wecht stated, that even with the application of an enema, fecal matter might be present higher up in the large intestine. Still, using an enema as a murder weapon poses certain problems and issues unexplained by the conspiracists. Since I personally have no experience with enemas, I claim no expertise in the application thereof. Still, I assume the application of an enema would have left physical evidence that could not be easily concealed or eradicated unless the person receiving the enema was in a bathtub or shower stall or preparations had been made to handle the expelled enema liquid and the expelled solid waste, all of which would have complicated giving an enema to an unconscious woman.

Marilyn’s autopsy indicated an absence of alcohol in her blood; so the account of August the 4th rendered by C. David Heymann, and various other authors, which included a Marilyn so drunk that she lost control and attacked Robert Kennedy with a kitchen knife, is most certainly false. Additionally, her autopsy indicated that Marilyn’s stomach was empty. I find it difficult to believe that she would have arranged a large Mexican buffet in anticipation of Robert Kennedy’s arrival at Fifth Helena, as asserted by Heymann, without taking a nibble or two or three. And too, not one person actually present at Fifth Helena on August the 4th mentioned a large Mexican buffet, not Eunice Murray nor Pat Newcomb nor Ralph Greenson; and the conspiracists have never explained what happened to all the Mexican chow that day’s visitors most certainly left uneaten. Should we just assume that it mysteriously and magically vanished.

Furthermore, any orthodoxy which purports that an especially formulated fast-acting drug-laced surfactant improved suppository was the murder weapon can be, and should be, summarily dismissed.

Marilyn had recently menstruated, her autopsy revealed; so she certainly had not recently become pregnant and had not recently submitted to an abortion. Several weeks, or even several months, often elapse before a woman’s menstrual cycle returns after a normal pregnancy, and particularly after an abortion; and considering Marilyn’s gynecological issues, it is more than doubtful that a pregnancy and an abortion would not have caused her some menstruation problems. Assertions that Marilyn had entered the hospital as recently as the middle of July in 1962 to terminate a Kennedy induced pregnancy are most certainly false, keeping in mind, also, that in 1962, abortions were illegal; and the murder orthodoxy which involves the senior Kennedy, John Kennedy and Sam Giancana participating in Marilyn’s murder to conceal a Kennedy pregnancy, an orthodoxy also asserted by the fantasists Robert Slatzer and Jeanne Carmen, has absolutely no factual basis, an orthodoxy refuted and negated conclu-sively by Marilyn’s autopsy.

Marilyn’s autopsy also contradicted certain legends about her life, to which she, herself, had oddly contributed. Marilyn’s uterus did not display any evidence of the many cheap, back alley abortions she allegedly endured; a few of those abortions, according to legend, became septic, a fable that was invariably contradicted, albeit ineffectively, by Marilyn’s gynecologist, Dr. Leon Krohn. Still, several conspiracists have asserted that Dr. Nogu-chi actually discovered undeniable evidence of those many abortions but simply did not include that information on the autopsy report, meaning that Dr. Noguchi lied, a totally unfounded and unproven accusation. Also, she never had a tubal ligation that was later surgically reversed, a fable advanced by Peter Leonardi, one of Marilyn’s many beauticians, the fabulist Robert Slatzer and then repeated by Marilyn ‘s pathographer Anthony Summers. Marilyn’s autopsy did not reveal any evidence of a tubal ligation much less one that had been reversed. Besides, the history of tubal ligation reversal surgery demolishes the verity of that assertion.

During the late nineteen thirties, surgeons attempted to bypass the occluded or diseased areas of a female’s fallopian tubes occasionally by macro-surgical methods; but the success rate was only slightly more than five percent. Forty years would elapse before the advent of microsurgery and other micro techniques led to suc-cessful tubal repair and ligation reversals beginning in the late nineteen seventies, not the nineteen fifties. Also, according to Milo Speriglio and Adela Gregory, in their conspiracist’s literary effort, Crypt 33: The Saga of Marilyn Monroe: The Last Word, Marilyn had one of her fallopian tubes removed while she was married to Arthur Miller; and yet, according to Marilyn’s autopsy report: The tubes are intact. The openings of the fimbria are patent. Clear-ly, Speriglio and Gregory fabricated what they alleged about Marilyn’s removed fallopian tube.

Therefore, we are left with one overwhelming reality which leads to an overwhelming conclusion: many, if not all, of the lurid allegations that have been advanced about Marilyn Monroe during the past fifty-eight years have been untruths and all the murder orthodoxies advanced by the conspiracists are most certainly and demonstrably false. 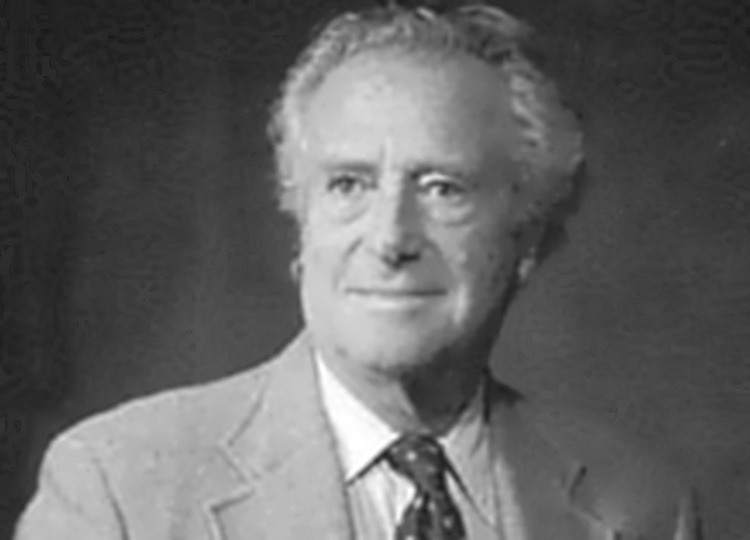 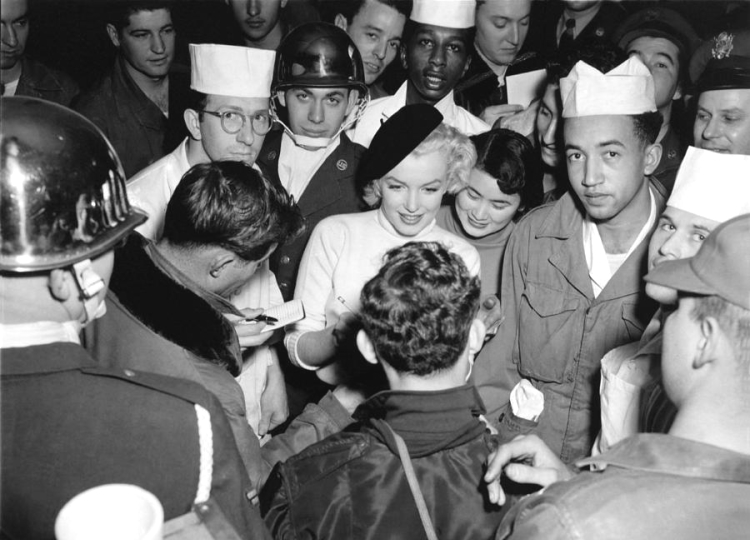 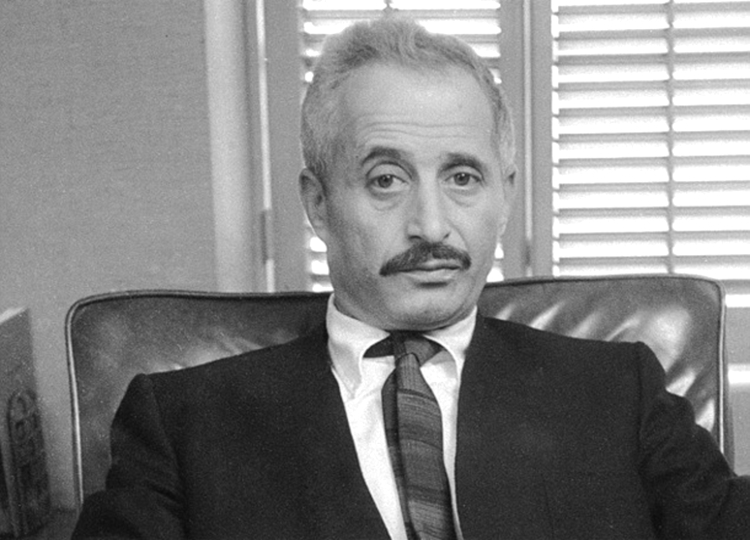 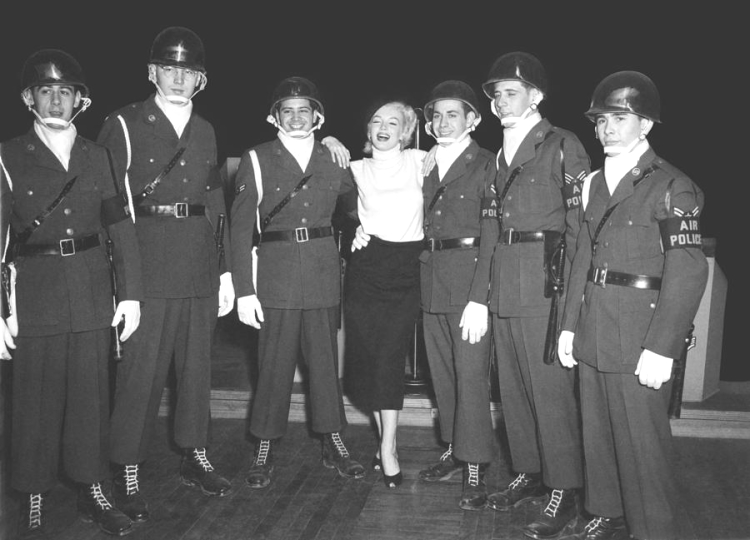